The global food crisis is one of terrible importance to the developing world, particular in sub-Saharan Africa. Although not just a concern for the poor…

END_OF_DOCUMENT_TOKEN_TO_BE_REPLACED

Outside of Keren is the Elabered Estate. From this plantation comes milk and fruit. To truly make this a heaven the only thing missing is the honey to make ambrosia. Nonetheless this small heaven on the road to Asmara from Keren is beautiful.

END_OF_DOCUMENT_TOKEN_TO_BE_REPLACED

Gerset is a town just half an our south of Tesseney. To call it a town may be a bit of an overstatement but we will give it the benefit of the doubt. Gerset is a place that has mostly been settled now by Eritrean returnees from Sudan.

Where they have decided to settled is both prime farming land but quite prone to flooding. Here though a damn is being constructed to both hold irrigable water for a test plot of 1000 hectares and prevent flooding in the area. 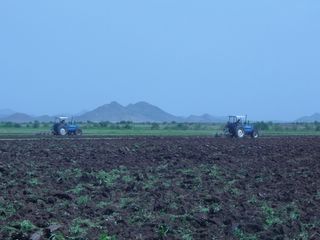